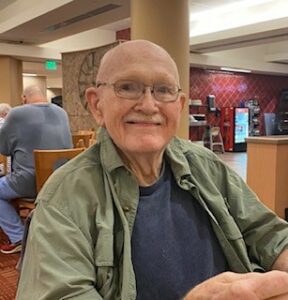 Santa Claus, IN – Hubert Aaron Hembree, Jr., 81, of Santa Claus, Indiana, passed away on Thursday, October 27, 2022 at Willowdale Village in Dale, Indiana.  He was born on October 5, 1941 in Hamlet, Indiana to the late Hubert, Sr. and Lola (Jensen) Hembree.

Hubert was a member of the Freemason’s Kingsbury Lodge and the IBEW Local #533.

He enjoyed shooting and collecting guns, earning the title of champion at benchrest shooting competitions.  He was a great story teller, a great cook and he loved his dog Buffy.

He is preceded in death by his sons, Aaron Hembree, III and Michael Hembree as well as his wife, Alta Hembree.

The family would like to give a very special thanks to Janet Gogel, Sue & Jay King, Donna & Dennis Rosenkranz and Jeff & Diane Fischer.  Additionally, to the staff at Willowdale Village.

Celebration of life services will be held in Santa Claus as well as LaPorte at later dates.