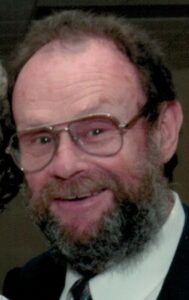 Boonville, IN – Harold R. Hart, 85, of Boonville, Indiana, passed away on Saturday, September 3, 2022 at St. Vincent Hospital in Evansville, Indiana.  He was born on April 1, 1937 in Warrick County, Indiana to the late Ralph and Gladys (Heilman) Hart.

Harold loved collecting antique gas station memorabilia.  He was a very skilled woodworker and throughout the years had crafted furniture, wagons and many other things for his family and friends.  He was a member of the Antique Steam and Gas Engine Club, of which he was a past president and he attended the South Friendship General Baptist Church.

Harold will be remembered as a hard worker, a skilled craftsman and a loving husband, father and grandfather.

He is survived by his wife, Monna (Scott) Hart; his children, Talisha Coppock (Rick) of Bloomington, IN, David Hart (Toni) of Henderson, KY, Donna McGrew (Mike) of Chrisney, IN and Devin Hart (Vicki) of Boonville, IN; 11 grandchildren and 8 great-grandchildren.

Harold is preceded in death by his parents and his brother, Charles Dale Hart.