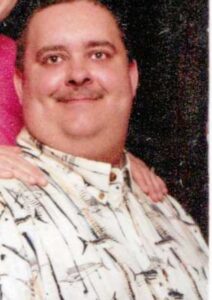 Newburgh, IN – Glenn Allen Wakeman, 49, of Newburgh, Indiana, passed away on Wednesday, March 30, 2022 at Deaconess Gateway Hospital in Newburgh.  He was born on December 14, 1972 in Elkhart, Indiana to the late David and Helen (Hatton) Wakeman.

Glenn is preceded in death by his grandchild, Charles Baysinger.