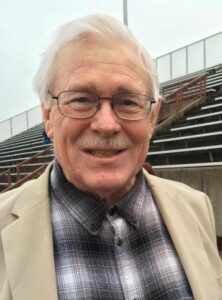 Evansville, IN – Glenn A. Lawson, 75, of Evansville, Indiana, passed away on Monday, September 12, 2022 at St. Vincent Hospital in Evansville.  He was born on April 25, 1947 in Spencer, Indiana to the late Max and Isobel (Heaton) Lawson.

Playing piano since the age of 5, Glenn was a highly skilled and talented pianist.  He would eventually work with his father tuning and rebuilding pianos, as well as continuing to excel as a trained musician.

Charismatic and full of personality, Glenn served as a minister for over 30 years.  Casting no judgement, people of every walk of life came to hear his preaching in Florida, Georgia, Wisconsin and Indiana.  With his fierce, bullish spirit, he did everything that he believed in with absolute conviction.  However, he was also known for his fun and goofy sense of humor.

Glenn is remembered by his family for his strong will and his fiery spirit as well as his unconditional love for cats.

He is survived by his daughters, Cecilia Bunker (Tad) and Christiana Jones; his step-daughter, Becky Curry; his grandchildren, Allison Gesser, Wilbur Stalker, Emily Stalker, Ariel Hayden and Ricky Stone; his great-grandchild, Adeline Hayden and his step-grandchildren, Michael and Michelle Hart.

Glenn is preceded in death by his wife, Linda Lawson.

A celebration of Glenn’s life will be held at a later date.