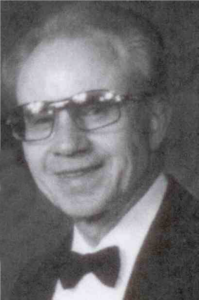 Evansville, IN – Longtime Evansville resident and barber George Henson passed away May 3, 2022, at St. Vincent Hospital.  He was 92 years old.  George was born January 11, 1930, to John Morgan Henson and Gertrude (Hayes) Henson.  He was predeceased by six siblings and was married for 51 years to Carol Williams Henson until her death in 2018.  George is survived by niece Alice Johnson (Rick), and by in-laws Donald Williams, James and Gloria Williams and Jennie Robertson.

George graduated from Central High School and was on the football and track teams.  He was drafted into the Korean War and served as Corporal in the U.S. Army Artillery Field in Germany where he was on the Army football team.  George participated in the Southern Indiana Honor Flight for veterans in 2018 and was very proud of his military service.  He was a lifetime member of Reed Masonic Lodge #316, Scottish Rite, Hadi Shrine, Bethel Temple and the Saints Alive Choir.  An avid sports fan, George supported the Aces and his beloved St. Louis Cardinals.

George graduated from Indiana State Barber College and owned/operated the VIP Barber Shop for 69 years.  He never retired.  Anyone getting a trim or cut was automatically surrounded by his good humor and genuine affection.

A private memorial service is scheduled.