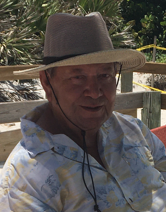 Evansville, IN – Frederick Philip Willman, 73, of Evansville, Indiana, passed away on Saturday, December 11, 2021 at Deaconess Midtown Hospital in Evansville.  He was born on March 24, 1948 in Evansville to the late Charles and Madeline (Kratz) Willman.

Fred was the owner and operator of Fred’s Bar and Grill in Evansville for 30 years.  He was a member of the Evansville Athletic Club and worked at Simplicity Furniture where he was the opening act for their comedy nights.  He enjoyed Central Highschool football, I.U. basketball and trips to Mesker Zoo.

Fred is preceded in death by his sister, Connie Conrad.

Per Fred’s wishes, no services will be held.