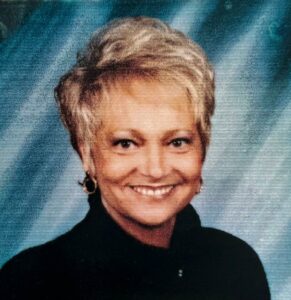 Elicia Cardwell Burnett, 80, Elicia was born on December 31, 1942 to Eunice and Everett Cardwell Sr. in Louisville, Kentucky. She graduated from Atherton High School in 1960 and went on to graduate from Western Kentucky State University in 1964 with a BA in Art Education. She received her Master’s degree in Art Education from the University of Evansville in 1987. A few years later she received a Photography degree from Ivy Tech. After teaching in Louisville, KY. , Cincinnati, OH, Lexington, Ky and Frankfort, Ky, she spent the last 33 years at Castle High School in Newburgh IN teaching Art and several different mediums. But Jewelry making was her first love. For 5 years she also taught jewelry at USI as an adjunct professor. She enjoyed making custom silver and gold jewelry pieces for special people. She is survived by her 3 children: Brock Burnett, Los Angeles ,CA. Brandi Burnett, Cooper City, FL., Bryce Burnett, Owensboro KY., along with her grandchildren: Collton Burnett Thomas, Alexis Burnett, Chase, Cierra and Caelan Quick, and Cohen Burnett. As Ms. “B” her students, were one of the biggest significances in her life’s career of teaching! She Carries many of them in her heart! She is also survived by Daniel Kisner with whom she found love, kindness and comfort in her latter years. In Louisville she leaves her siblings: Ellen Cardwell and Ernest Cardwell with several nieces and nephews. She was preceded in death by her younger sister Eunice Thompson, her younger brother Everett Morgan Cardwell Jr. and her parents. After cremation: For her grieving children, grandchildren and friends there are plans for a celebration of her life at her home from the hours of 12:00 to 7:00 on March 11, 2023 located at 7555 Upper Meadow Road Newburgh, IN. Enjoy Elvis’s Gospel music, the gallery of art work, giraffes, and family pictures! God bless you! In lieu flowers contributions may be made to the Evansville Museum of Art and Sciences: Designate the donation for the High School Art Show in her name or the American Heart Association in Bryce Burnett’s name. GOD NOW HOLDS HER HAND