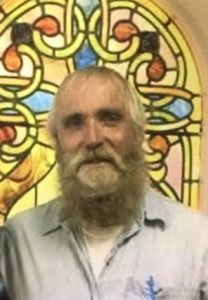 Henderson, KY – Edward Eugene Bentley, 62, of Henderson, Kentucky, passed away on Saturday, July 4, 2020 at the Lucy Smith King Care Center in Henderson.  He was born on November 16, 1957 in Ponca City, Oklahoma to the late Morris Dixon and Lorene (Sizemore) Bentley.

Edward worked hard for his whole life spending time as a tanker for Pittsburg Tank and Tower then as a trucker for Meuth Construction Supply, Inc.  A man of God, he belonged to Garvinwood Baptist Church in Evansville, Indiana and Geneva Baptist Church in Henderson, Kentucky.  He loved and cared for his grandchildren and enjoyed fishing and camping.

A private celebration of Edward’s life will be held at a later date.