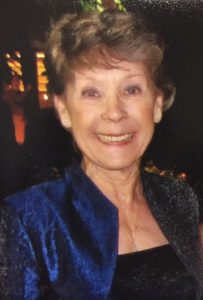 Dorothy “Sue” (Howard) Dole, 77, a retired legal secretary, and veteran of the United States Navy, died August 31, 2020 at her home in Evansville, Indiana. She was born on December 5, 1942 in Houston, Texas to William H. Howard and Dorothy Marie (Lavery) Howard.

Sue attended Louisiana State University and later enlisted in the United States Navy in 1961. Sue met James G. (Jim) Dole at the Naval Training Center in Millington, Tennessee. Sue and Jim married on June 8, 1962 at the Military Chapel in Millington, TN. Following Jim’s retirement from the Navy in 1970, Jim and Sue moved to Longmont, CO, where they raised their family for several years. After their respective retirements, Jim and Sue moved to Eaton, CO in 2000. Their retirements allowed them to have time to enjoy golfing, fishing, travelling and spending time with family and friends. Sue was a wonderful and loving wife, mother, and friend. Following the death of her husband in 2014, Sue moved to Columbia, TN to be near her daughter Catherine, and then in late 2019 moved to Evansville, IN. She experienced several serious health conditions from very early childhood and throughout her adult life, including rheumatic fever, polio, rheumatic heart disease, and finally COPD. She was able to overcome most of these conditions and was able to live a full life. She performed in several theatre productions in Longmont, Colorado, and played golf for several years. She was also an expert seamstress and knitter and enjoyed creating her own designs.

She was preceded in death by her husband Jim, her parents, her two brothers, one sister, and by her grandson Nicholas Crosby.

It was Sue’s wishes to be cremated, and her remains will be buried at the National Cemetery in Nashville, TN. She will be laid to rest alongside her husband Jim, sometime later this year. 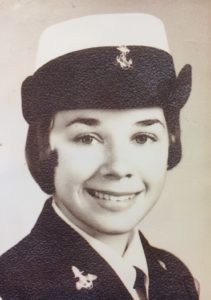