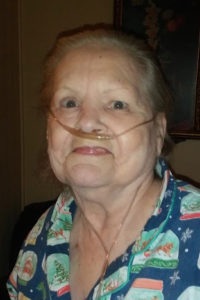 Dorothy was born on September 21, 1941 in Clintwood, Virginia to the late Thurston Bowman and Grace (Potter) Sykes.

Dorothy was a homemaker until she became disabled. She lived in Elkhorn City, Kentucky for 34 years before moving to Evansville with her daughter due to an illness. She loved her children and grandchildren. She passed away while on hospice care with Kindred Hospice who made sure she had the best care for 8 months of her life.

Friends may send the family a condolence at www.SimpleCremationEvansville.com