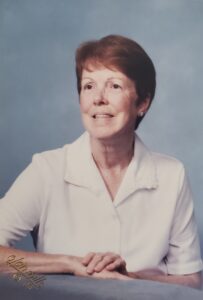 Doris Jean Adams, 86, of Evansville, Indiana passed away on Thursday, April 22, 2021 at her home surrounded by family.

She was born on September 27, 1934 in Evansville, Indiana to the late Vetris and Ralph Voyles.

Doris attended Newburgh High School, worked for many years as a waitress and bartender at Larry’s Stadium Inn and Frenchie’s restaurant. She was a member of American Legion Kapperman Post #44, auxiliary member and past president of the Newburgh Legion.

Doris is preceded in death by her parents and sister; Betty Broshears.

She is survived by her daughters; Barbara Kuebler and Carol Kuebler Woosley and her husband Owen. brother; Robert (Turbo) Voyles.

Per her wishes there will be no services, she has chosen cremation.

Online condolences may be made to www.simplecremationevansville.com