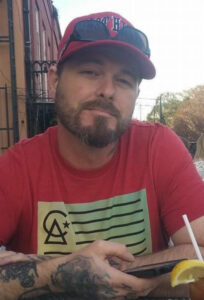 Derek was born in Washington, Indiana on April 19, 1980 to Mona Lisa Wininger and John W. Able.

Derek was a welder and pipe fitter for several years.