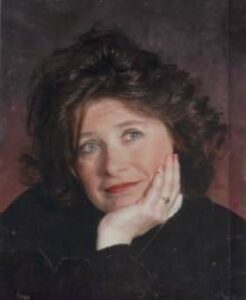 It is with deep sadness and heavy hearts that on Friday March 19th 2021, our beautiful sister, doting aunt, loving cousin and friend, lost her four and a half year battle with cancer.

Always the optimist and friend to everyone, family was her life. She would and did anything for those she loved. Those she loved included family, friends and animals of all kind.

She was a savant on many levels. The family historian, trivia expert, movie and music buff and worked puzzles of all kind. She was extremely patriotic and never failed to thank a veteran or current service member for their service and sacrifice.

She was preceded in death by her loving parents Prentice and Loyce Nelson, stepmother Phyllis Nelson, one brother Dennis Nelson, two nephews, Aaron Nelson and Kevin Lubben, and one brother-in-law Leslie Lubben.

She is survived by brothers Richard Nelson of Marion KY, Donald Nelson and Gary Nelson both of Princeton KY, and one sister, Susan Lubben of Evansville IN.

She is also survived by one step brother, Charles Presley and three step sisters, Lori Taylor, Penny Lisowski, and Jeannie Presley, all of Princeton, KY.

As per her request, there will be no funeral or service. Instead, she requested for her family to gather on her birthday in remembrance of her and to celebrate her life.