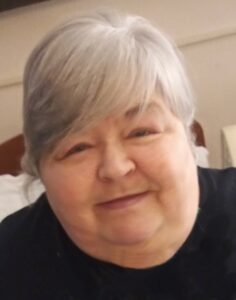 Henderson, KY – Debbie Kay (Turner) Vaupel, 63, of Henderson, Kentucky, passed away on Saturday, September 17, 2022 at Select Specialty Hospital in Evansville, Indiana.  She was born on August 11, 1959 in Henderson to the late Stanley and Ernestine Turner.

Debbie’s greatest joy in life was raising her family.  Her grandchildren and great-grandchildren were her everything.

She is survived by her children, Penny Davis and Stanley Puckett; her grandchildren, Autumn Cassady (Jeremy), Brianna Carey and Cecil Davis; 15 great grandchildren as well as her siblings, Shirley Gillim, Betty Nelson and Don Turner.

Debbie is preceded in death by her siblings, Lana Turner and David Turner.

A private gathering will be held at a later date.