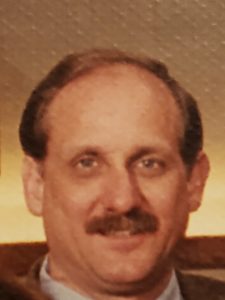 David Wayne Verner, 65 of Evansville IN passed away May 7th, 2019 due to heart issues complicated by diabetes. David was born in Akron Ohio on March 1st, 1954 to MacDonald and Ione Verner Jr. (both deceased) and is survived by two sisters, Rosemary (Verner) Pendley and Lisa (Verner) Lu; and one brother, MacDonald (Don) Verner III.

David graduated from Evansville Central High School in 1972. He later attended San Diego Mesa College obtaining an Associates of Science Degree in Natural Science with an emphasis in Physics in 1983. David completed  his Bachelors of Science degree in Electrical Engineering Technology with minors in Physics and Computer Science in 1990.

David served 3 years in the United States Navy achieving the rank of Personnel man Third Class Petty Officer and was the Damage Control officer of the bridge during general quarters.

His enjoyment of music involved both listening and playing keyboards and playing guitar. David enjoyed fishing, canoeing, rowing and hiking.

David’s Celebration of Life will be June 1st at 10AM at First Presbyterian Church of Evansville Indiana located at 609 SE 2nd St, Evansville, IN 47713. Family Visitation will start at 10am and Memorial Service with start with VFW Military honors at 11:00am with lunch served by the church for those in attendance. Additionally, David’s remains will be interred at the New Albany National Cemetery for Veterans on June 4th at 2:30PM.