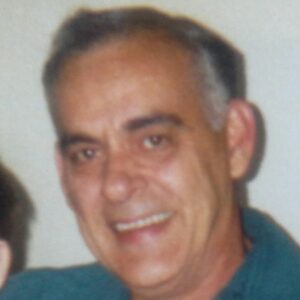 Mount Vernon, IN. – David P. Burgess, 77, of Mount Vernon, Indiana returned to his Maker on October 18, 2020. He was born in West Virginia, the eight of nine in the home of a coal miner and his wife. They were very poor, but David grew up well loved. Orphaned at 13, a combination of love and poverty grounded him in a way few understood. It gave him the foundation for a life of gratitude and service that few experience.
He went to WVU on a scholarship in 1962. In November, the Navy blockaded Cuba to prevent the USSR from placing nuclear missiles on Cuban shores. David was certain that the next World War was about to begin. He joined the Navy in Nov 62’. During his time, he served on submarines and sub tenders across the Atlantic and Pacific. He taught electronics, as well as leadership and management. He saw the world and retired as a Chief Petty Officer.
He then went to work in the nuclear power industry, eventually branching out into chemical and manufacturing. He worked as a contractor all over the country. He didn’t take vacations or time off. He always had something to do, and in everything he did, he did his best. His only teal indulgence was working on cars. He was into repair and restoration. He took them apart and put them back together. He especially liked Fords, old Mustangs, Fairlanes and Thunderburds, but he would work on anyone’s car. He usually spent his own money on repairs and replaced parts himself. He was impossible to pay back. He was in the business of paying it forward, and he was happy to help in any way he could.
He was a thinking man, and kind, decent, and generous with everyone. He was selfless with his time and energy, with his money and possessions, and with his knowledge and his skills. He seemed like a simple guy, unpretentious and often quiet, but he could translate a Latin passage, tailor a jacket, identify an impressionist painter, fix your computer and quote the classics. He offered everything he had, every day, to anyone who needed it. He didn’t practice what he preached because he never preached. He just practiced – doing your best with what God gave you.
There will be no service right now during a pandemic. In about a year, it will be safe to gather and celebrate his life. He is survived by his wife, children, grandchildren, and the many friends he made everywhere he went. He led his life as though he were the hands and feet of Christ. Those of us privileged to know him will miss him greatly.