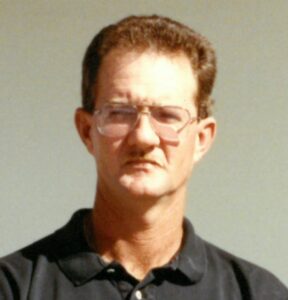 David Donald Spears went to his heavenly home on August 26, 2021. He was a man of God, hard working, loving brother, husband, father and grandfather. He loved to be with his family and enjoyed getting together for holidays and social occasions. He always cherished his time at the Benton Family Reunions. He enjoyed studying his bible, watching old John Wayne movies and listening to Vince Gill music. He spent several years working in the church doing various activities such as driving the church bus, cleaning and fixing the church, singing in the musical programs and participating in the mens ministry. David’s greatest joy was found in his children, Gwen (Clint), Travis (Stacy) and Casey and his six grandchildren, Karsyn (Karrisa, fiancé), Karlye, Levia, Lila, Landon and Lucas. David or “Pap” as he was fondly called was always good for attending school programs, basketball games, painting dollhouses and snuggling on the couch and of course, lovingly teasing mercilessly. David is preceded in death by his father, Donald W Spears, Mother, Margaret M Lairsey and stepfather, James R Lairsey. David is survived by his wife of 47 Years, Pamela Kay Spears, children, grandchildren, brothers Ricky James Lairsey, (Jane) and Raymond Keith Lairsey (Debbie) and several nieces and nephews and great nieces and nephews. There will be a Celebration of Life Ceremony on Sunday, Sept 5th at 5:00 pm at The Cathedral, 5000 N. First Ave, Evansville, IN 47710.