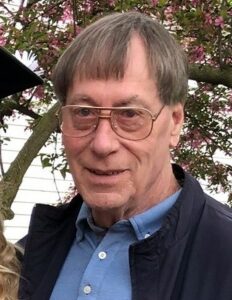 Evansville, IN – Danny Raymond Byrd, 76, of Evansville, Indiana, passed away on Saturday, October 15, 2022 at Cypress Grove Rehabilitation Center in Newburgh, Indiana.  He was born on May 14, 1946 in Evansville to the late Robert and Della (Sawyer) Byrd.

In his younger years, Danny had been an amazing athlete and performed in baseball, football and track.  Often being featured in the newspaper, he even received offers to play in Major League Baseball.  Throughout his life he enjoyed camping, boating, golfing and having a cold beer while watching his favorite teams such as the St. Louis Cardinals, the Miami Dolphins and I.U.

Danny had received a purple heart during his service in the United States Navy aboard the U.S.S. Liberty.  Family was the most important thing in the world to him and he never missed a chance to give a hug and say “I love you.”

Danny is preceded in death by his siblings, Tim Byrd, Pam Byrd and Kyle Byrd.

At Danny’s request, there will be no funeral or memorial service.  In lieu of flowers, donations may be made to the Wounded Warriors Project in his name and honor.

In Danny’s own words,

“Have any kind of day you want.”