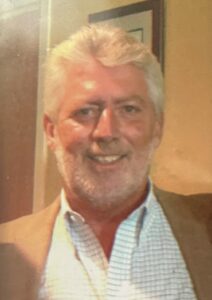 Evansville, IN – Daniel Scott Wedding, 62, of Evansville, Indiana, passed away on Thursday, December 1, 2022 at the Waters of Princeton in Princeton, Indiana.  He was born on November 19, 1960 in Evansville to William and Barbara (French) Wedding.

He is survived by his daughter, Danielle Gallagher (Blake); his grandchildren, Brooks Gallagher and a baby girl on the way; his mother, Barbara Wedding as well as his brothers, Michael Wedding (Heather) and Stephen Wedding (Sharron).

Daniel is preceded in death by his father, William Wedding and his son, Zachary Wedding.

He will be laid to rest at Sunset Cemetery in Evansville, Indiana at a later date.