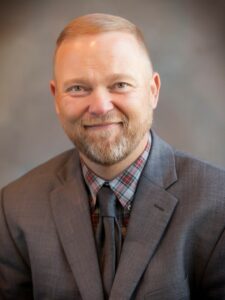 Cliff was very passionate about his career in surveillance and compliance at the casino.  In his free time, he was an avid golfer.

He is survived by his wife, Rebekah (Garrett) Wooldridge; his father, Fred Bullock; his father and mother-in-law, Carl & Charlene Garrett as well as his sisters, Theresa Nichols and Cindy Bruce.