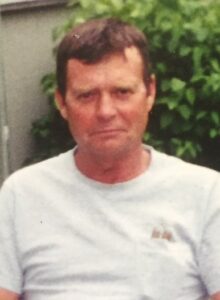 Boonville, IN – Clarence “Bear” “Teddy Bear” McCallister, Jr., 75, of Boonville, Indiana, passed away on Saturday, March 6, 2021 at his home due to complications with cancer.  He was born on February 24, 1946 in Warrick County, Indiana to the late Billie (Pringles) and Clarence McCallister, Sr.  He worked many years coal mining and working at Engelbrecht’s Orchard in Newburgh.

Clarence is survived by his wife of 38 years, Mona (Kelley) of Boonville, IN; children, Vernon McCallister, Greg McCallister, Carol (Rodney) Fark of Boonville, IN; Carrie (Marion Lee) Geary of Tennyson, IN; and Laura Craig of Huntingburg, IN.  He is also survived by a brother, Larry (JoAnn) McCallister of Chandler, IN; sister, Susan (Al) Kiegel of Tennyson, IN; 6 grandchildren, 4 great-grandchildren and many nieces and nephews.

A cremation will be taking place with a memorial service for Clarence at Faith General Baptist Church located at 418 E. Poplar Street, Boonville, IN  on Saturday, March 13, 2021 from 2:00 p.m. to 5:00 p.m. followed by a brief service by John Fark.