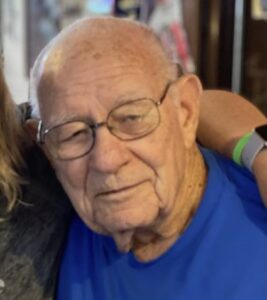 Evansville, IN – Charles Roger Logan, 86, of Evansville, Indiana, passed away on Friday, April 16, 2021 at Deaconess Midtown Hospital in Evansville.  He was born on October 19, 1934 in Evansville to the late James and Coraellen (Martin) Logan.

Charles worked for many years as an aircraft mechanic and had served in the United States Navy.  He enjoyed golfing among many other sports and often spent much of his time at airshows or Leroy’s Tavern on Evansville’s West Side.  He was a member of the American Legion Funkhouser Post #8.

Charles is preceded in death by his brother, Bill Logan.

A celebration of his life will be held at a later date.