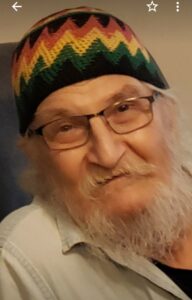 Charles L Reed of Evansville, In, passed away Friday, Oct 28,2022. He was born June 8, 1953 to Charles J and Martha R Reed and was a graduate of Harrison High School.

Charles hiked the Appalachian Trail as a young man before beginning his career as a Master Painter for Newburgh Gallery prior to forming Reed Painting and Contracting with his brother, Chris.  Both brothers retired in the early 2000’s.

Charles was an avid reader and loved music of all genres and was capable of identifying songs, lyrics and artists. Charles loved the outdoors, hiking, animals and especially Christmas, he started a much anticipated tradition of watching the movie A Christmas Story with his sons and family while trimming the tree, ” When all is right with the world.”

Charles’s hobbies included : model building, car enthusiast, botanist, concert goer,  TV watching especially Jeopardy and his soap opera, As The World Turns. He programmed his VCR when everyone else’s was blinking 12:00 back in the eighties, just so he didn’t miss his soap or Jeopardy. He had a special talent for mathematics, solving complex problems in his head.

Charles is proceeded in death by his parents and grandparents.

There will be a private cremation with no service. A Celebration of Life will be held at a later date.

Charles fought a hard battle and many thanks go out to Deaconess Gateway, the Cancer Center, Home Health, and Palliative Care.

Thank you to Simple Cremation Evansville for handling arrangements.