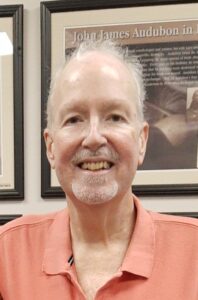 Chuck was a graduate of East Tennessee State University. He was very passionate about traveling both in the United States and abroad, having visited Germany, Italy, France and Poland, just to name only but a few of his destinations. He was a well learned WWII history buff and a Miami Dolphins fanatic. Most of all though, he was a good man.

He is survived by his wife, Peggy Pearson and his sister, Charlotte Koziol of Birmingham, Alabama.

Chuck was preceded in death by his sister, Sandy Morrison.