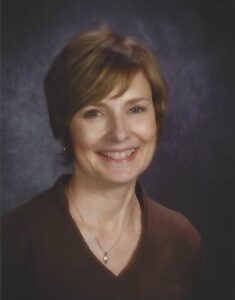 Carolyn Lee Dunville, 68, died on August 26, 2022. Born in Louisville, KY, she moved to the tri-state area to live with her sister, Wanda Hogue Epperson. After marrying Richard “Ricky” Dunville, she moved to Onton, KY, and worked as a bookkeeper. Following Ricky’s death, she went back to school to become a teacher and taught for the business departments of Bosse High School, Harrison High School, and Castle High School. She was also a long-time sponsor of Business Professionals of America. After retiring from teaching, she worked as a bookkeeper at Memorial High School.

As a teacher, she earned the nickname “Sarge” and would always describe herself as task-driven. She approached her cancer treatment with that same mindset when it was first diagnosed in 2004 and again when it returned in 2019. Despite the many horrible side effects, she was always a fighter and doggedly sought treatment after treatment, never losing hope of a complete recovery.

She is survived by her children Jennifer Renee Heath (Bethany Stevens) and Richard Louis Dunville (Adam Vaughan), three nieces, and two nephews. She would also want us to mention her life partner and bichon frise, Macy.

A funeral mass will be held at Christ the King in Madisonville, KY, followed by burial in Slaughters, KY.

Memorial High School was very important to her, both to provide her children with the best education possible, as well as the extraordinary support she received in her final years from her former coworkers there, for which the family is incredibly grateful. Expressions of sympathy can be made to the Memorial High School Annual Campaign or to the Slaughters Cemetery Operations Fund, or more simply by taking your dog for a walk and having a cup of tea.