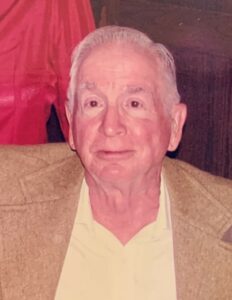 Evansville, IN – Carl Arthur Myers, 87, of Evansville, Indiana, passed away on Tuesday, August 10, 2021 at Deaconess Gateway Hospital in Newburgh, Indiana.  He was born along with his identical twin brother (Charlie) on June 30, 1934 in Battle Creek, Michigan to the late Jacob and Vera (Lewis) Myers.

He served in the United States Army Signal Corps. and was stationed in Berlin, Germany where he also met and married his wife.  After his service in the Army, he was a credit manager and retired from his last job at Faultless Caster of Evansville.

Carl loved golf, whether watching or playing.  Besides golf, he also enjoyed duplicate bridge and became a life master.

He is survived by his wife of 62 years, Christiane (Mueller) Myers; his children, Martina Gray Bear (Kelly) and Rolf Myers (Becki); his grandchild, Landen and his brother, David Myers (Barbara.)
Carl was preceded in death by his identical twin brother, Charlie Myers.

A private celebration in honor of Carl’s life will be held at a later date.  In lieu of flowers, the family requests that memorial contributions be sent to StandUp2Cancer.org or any organization associated with golf or youth golfers.