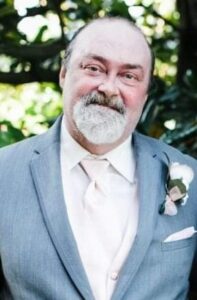 Henderson, KY – Bryan Wayne Butts, 56, of Henderson, Kentucky, passed away on Friday, February 18, 2022 at Deaconess Midtown Hospital in Evansville, Indiana.  He was born on March 12, 1965 in Henderson to Kenneth W. Butts and Claudia A. (Caudill) Marshall.

Bryan was a veteran that served in the United States National Guard.  He enjoyed spending his time hunting and fishing.

He is survived by his wife, Melissa Carroll; his children, Tasha Ahten, Chris Butts and Jimmy Carroll; 5 grandchildren; his siblings, Kendrick Butts, Dana Maxfield, Gary Powell and Angela Stone as well as his parents, Kenneth Butts and Claudia Marshall.