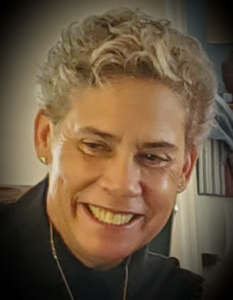 Spottsville, KY – Lanita Janet “Blackie” Beasley went to be with her Lord at Madisonville Nursing and Rehab on Wednesday, March 24 after a long battle with ovarian cancer.  Blackie was born in Anchorage, Alaska on December 29, 1961.  Eager to make her mark on the world, she and her fraternal twin sister, Blondie, made their debut six weeks early.

Early on, they earned the nicknames Blackie and Blondie because Blackie was a brunette with large brown eyes and Blondie was blonde with hazel eyes.

Blackie was the daughter of the late George Morris Beasley and Anita Janet Jones Beasley.  In the mid 1960’s, Blackie’s family moved from Cache, Oklahoma to Spottsville, Kentucky where they operated Beasley Farms and many other ventures.

She is preceded in death by her parents; brother, George Morris “Bub” Beasley, II; grandparents, Walter and Mildred Beasley and Paul and Narra Gansett Jones as well as aunts and uncles.

Blackie had a generous, kind heart and loved her family, caring for her mother through a long illness.  Her smile and wit captured the hearts of all who knew her, and her family and friends will miss her presence.

She was passionate about sharing the love of Christ with others, reading the Bible, attending Bible study and purchasing hundreds of Bibles which were given to others.

Blackie took pride in working beside her dad and brother at Beasley Farms and trucking.  She also worked at Local Operators 181, Francisco Coal Mine.

Special thanks go to caring family and friends such as Spencer and Dusty Billings, Anita Wedding, Laurie and Dan Austin and a host of Aunts, Uncles and Cousins.

Blackie’s family also thanks Carolyn, Stephany and Lindsey at Henderson Hospice for the extraordinary care they provided.  Madisonville Nursing and Rehab and its staff, Jessica, Kim, Autumn and so many “Angels” also showed great compassion.

Contributions may be made to any of the parties listed above in honor of Blackie’s memory. 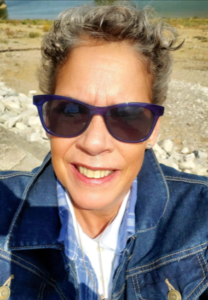