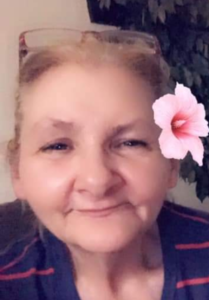 Betty Ann Breeden, 61, passed away in Evansville, Indiana on April 24, 2021. She was born on April 11,1960 in Daviess County to the late Robert and Corine Pinkston.

She is survived by her husband of 41 years, Eddie Breeden; 2 daughters, Amanda (Craig) and Ashley (Kenny); 2 grandsons, Corbin and Hendrix; 3 brothers, David, Roger, George along with 2 sisters, Darlene and Tina. Betty has several nieces and nephews who she left behind.