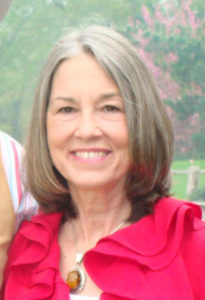 She was born on January 8, 1952, in Fort Knox, Kentucky, to Robert Warren and Caroline Joan Jones, née Turpen.

Barbara was joined soon after by three little sisters – her Irish twin, Linda Fay, then Karen Elizabeth and Polly Ann.  The Jones Girls grew up in Murray, Kentucky, where their father taught electronics and hydraulics at Murray State University, and their mother kept them looking smart in matching handmade dresses.  Barbara developed a deep love for horses, thanks to her grandfather, William Jones, who first set her atop a pony at age 3.  She purchased her first horse, Scout, as a teen, and took lessons in English riding and jumping.  Barbara and Scout competed often, accruing an array of ribbons that adorn the walls of her art studio to this day.  A gifted horsewoman, she loved many horses throughout her life, with Vali and Promise her most recent equine companions.  Barbara harbored a creative spirit, illustrating fashion plates for local clothing stores and rendering horses in charcoal, pastels, watercolors, and oils.  Barbara pursued her artistic passion and graduated from Murray State in 1974 with a bachelor’s degree in art education.

On June 8, 1974, Barbara married her sweetheart, Lowell Ralph Rogers, Jr.  The couple moved from Louisville, Kentucky, to Houston, Texas, as Ralph completed his medical education.  In 1979, they moved to Ames, Iowa, where they welcomed four children – Robert Lowell, Christopher Alan, Warren Michael, and Elizabeth “Betsy” Jane.  Barbara stayed at home with her young brood, imparting to them her love of reading via The Wizard of Oz and Little House on the Prairie series, patiently showing them how to draw using correct proportions, and teaching them love and respect for all animals.  In 1992, the Rogers family departed the Iowan plains for Newburgh, Indiana.  Here, Barbara developed many wonderful friendships, especially through the equestrian community.  She rode many trails with a group of horse enthusiasts nicknamed “The Posse,” took heart-pounding power walks along the Newburgh riverfront, and attended yoga classes and art lessons, constantly seeking to refine her craft.  These friends have proved themselves to be invaluable sources of love and support in recent months, for which Barbara was truly grateful.

Barbara is survived by her husband, Ralph, and her children, Robert (Brianna), Christopher, Warren, and Betsy.  She also leaves five cherished grandchildren (to whom she is known simply as “Mom-Mom”) – William Nolan, Benjamin Lee, Anderson Nicole, Bear Michael, and Ezra Robert – her sisters, Karen (Jim) Jones-Squires and Polly (John) McCage, sister-in-law Lola (Tom) Bateman, and many dear nieces, nephews, grand-nieces, and grand-nephews.  Through the ups and downs of life, Barbara’s greatest joy was spending time with her family.

Barbara was preceded in death by her parents and beloved sister, Linda, whose premature loss she grieved to the very last.