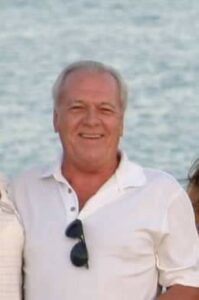 Fort Branch, IN – Bernard Gilbert Howard, 78, of Fort Branch, Indiana passed away on Thursday, October 21, 2021 at Linda E. White Hospice House in Evansville, Indiana.  He was born in Pennington Gap, Virginia on September 3, 1943 to the late William and Cecelia (Powell) Howard.

Bernard served in the United States Navy and was a member of the VFW Post #25.  As a handyman, a tinkerer and a jack of all trades, he enjoyed working on home improvement projects.  Most of all though, Bernard loved spending time with his grandchildren.

He is survived by his son, Eric Howard; his grandchildren, Pierce, Tanner and Karalyn Howard as well as his daughter in law, Debra Howard.

Bernard is preceded in death by his wife, Arnetta Howard and his son, Michael Howard.