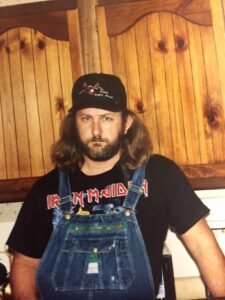 Anthony (Andy) Owens, 67, of Henderson, Kentucky, passed away on Monday, September 13, 2021 at the Lucy Smith King Center in Henderson.  He was born on March 9, 1954 to the late Melvin Owens and Agreta Stone.

Andy enjoyed working long hours at Accuride where he was employed for many years.  He also liked camping, cooking out, playing pool and spending time at his sister, Pam’s house.  He always watched wrestling any time that it was on.

Andy is survived by his brother, Mike Owens (Marsha); sisters, Sherry Townsend, Mary Gibson and Brenda Owens, all from Henderson and Pam Waggener (Scott) from Corydon, Kentucky as well as several nieces and nephews.

A celebration of life will be held at a later date.  Andy will be sadly missed by many.