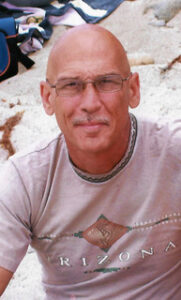 Allen was born July 25, 1955 and went to be with the Lord August 29, 2021. He was preceded in death by his father, Morris Allen Liggett.  He is survived by his mother, Sammye (Liggett) Phelps, daughter Elisha Fawkes (Caleb), grandson Axel Fawkes, three sisters: Leah Szablinski (Ed) of Carthage, TN; Loretta Duncan (Buster) of Henderson, KY; and Melody Ruffin (Joey) of Evansville, IN.

Allen was born in Henderson, KY but grew up in Tucson AZ where he graduated from Flowing Wells High School in 1973. He also attended the University of Arizona.

Allen was a very accomplished shooter. He shot matches in the NRA High Power Rifle, NRA Bullseye Matches, The United States Practical Shooting Association (USPSA) Pistol, and USPSA 3 Gun Matches. He was a Certified Range Officer in USPSA. He was Kentucky State Champion in the 3 Gun Match two years in a row. He used to “hold back” at the matches to help encourage some of the younger shooters. Once he took one of his niece’s target practicing and she kept missing the bottles. He shot and missed on purpose, then winked and said, “this thing isn’t calibrated right, let’s try a different gun!”

He was a Certified Mechanic that worked at Central Auto in Clay, Kentucky for 25 years. He helped many by voluntarily fixing cars for free. He was also a very accomplished machinist and gunsmith.