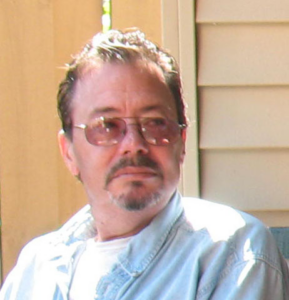 Alan Lloyd Weisling (67) passed away peacefully on June 26, 2022 at his home in Evansville.  He was born on September 24, 1954 to Charles H. And Alice M. Weisling.  Alan grew up on the westside of Evansville and graduated from FJ Reitz High School in 1972.

Alan’s love of geography and adventure came into play soon after. He got on board the steamboat Delta Queen during the summer of 1972 and worked his way up and down the major rivers that are tributaries of the Mississippi River.

Alan quickly moved up the ranks with job assignments as cook, waiter, bartender and finally achieved the high ranking position of Chief Steward. For many years Alan rotated on and off the boat. He spent a year at the University of North Dakota and a year studying at the University of Mississippi. But life on the river always beckoned him to return.

In 1980 Alan returned to Evansville where he purchased a long-standing favorite Westside tavern – the Hybrid Inn. His engaging personality along with his many tales of “river life” and his prowess with frying chicken made the Hybrid Inn a very popular spot in Evansville. When a devastating storm and subsequent flood all but destroyed the old building and Alan’s business in1982, Alan once again created a new adventure.

A Delta Queen colleague reached out to Alan asking him to come and work at his restaurant in Hollywood, CA. When that gig ended and his colleague moved to Hawaii to work on a cruise ship Alan soon followed. He worked on the Independence and the Constitution – both ships that circled the Hawaiian islands.

After a brief stint circling the islands, Alan ventured further to work on yet another ship that cruised the waters around Tahiti. It was during this time that he was initiated into the “Court of King Neptune” from sailor’s lore by crossing the equator while on board a ship. He was very proud to be the first in his family to have that honor.

1986 found him back in Honolulu when his ship went into dry dock. He lived In the Hawaii Kai area where he started his own independent taxi company – Koko Head Taxi. He loved driving all over the island and knew the Hawaiian names for all the streets while visualizing an entire island map in his head.

When his vision started failing, Alan gave up driving and dispatched his own drivers all over the island with trips by appointment only.  He was a pioneer in using a huge (by today’s standards) cell phone and was able to conduct business from anywhere – whether at home, on the beach or sitting out with his cat Barney at their beloved Piano Lagoon. He garnered the trust of many loyal customers who used Koko Head Taxi for their transport needs.

Alan’s parents – Charles and Alice Weisling – soon found themselves making the trip to Honolulu many times each year.  Alan showed them the “insider’s” view of Hawaii and they enjoyed many great times together with their son.

In 2014, Alan returned to his roots in Evansville.  He brought his cat and good buddy (Chalice) along with him from Hawaii.  Alan was always a genuine cat lover and when Chalice left him, he went to the Humane Society and adopted two beautiful kitten brothers (Queso and DasMos) who kept him company and gave great comfort to him in his final days.