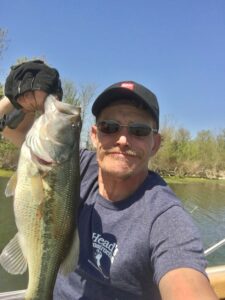 He is preceded in death by his father, Robert Greder and grandfather Kenneth Greder.

Tom was a devoted father and avid fisherman. He is lovingly remembered often taking home strays to nurture back to health, consistent with his dedication in preserving the life of any woodland animal. He enjoyed riding 4 wheelers, boating with his father, being out in nature, and relaxing near a campfire. He was also a devoted Christian, who had a kind and giving nature. Tom will be missed by his friends, family, and beloved pets, Cooper and Lily. He touched everyone he met.

In lieu of flowers memorial contributions may be made to the family to assist with final expenses.