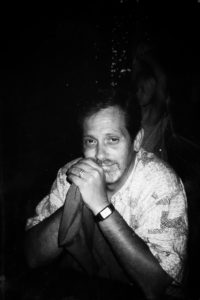 Bobby was the owner and proprietor of Echo Lanes in Henderson, Kentucky for several years.  He enjoyed fishing and spending time with his kids.

He is survived by his wife, Heidi (Harris) Harper; children, Andrew, Joseph, Sadie, Rebecca and Eli as well as his brother, Rick Harper of Arkansas.