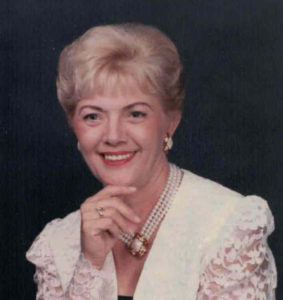 She was born March 16, 1941 in Evansville, IN, the daughter of the late William and Margaret Jutzi, the wife of the late Samuel Walker.

She was one of Jehovah’s Witnesses and enjoyed her years of full time preaching and sharing the Bible truths with others.  Some of her happiest memories were vacationing by the ocean in the warmth of the sun.  Another highlight was painting and collecting elephant figurines from all over the world.

After graduating from Central High School in 1959, she attended Deaconess School of Nursing.  Emma received her degree in 1966 and then worked at Welborn Hospital in Evansville as a surgical nurse.

Emma was loved by many and will be greatly missed.

Please join us Saturday, January 26, 2019, 3:00 PM at the Kingdom Hall of Jehovah’s Witnesses, 480 Klutey Park Plaza Drive, Henderson, KY for a memorial service in her honor. Friends may begin calling at 2:00 PM.  In lieu of flowers memorial contributions may be made to JW.org at https://apps.jw.org/E_DONATE